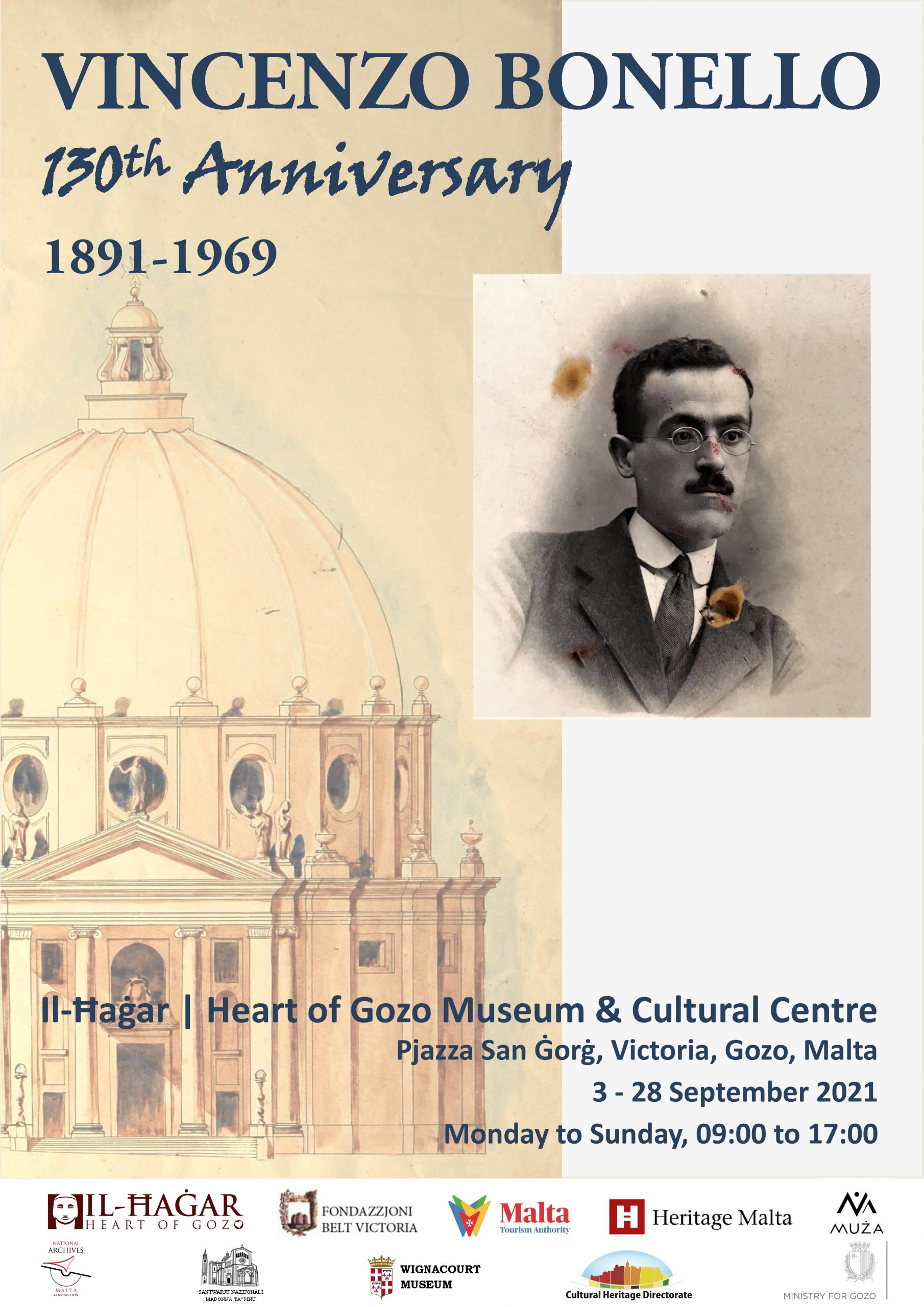 Il-Ħaġar Museum and Cultural Centre is honoured to offer another important temporary exhibition featuring a substantial number of designs by Vincenzo Bonello for Gozitan churches, including Ta’ Pinu and Mġarr and the parishes at Kerċem, Qala and Xewkija. ‘Vincenzo Bonello: 130th Anniversary’ will be accompanied with publication nuber 13 in Il-Ħaġar GEMS series.

Judge Emeritus Giovanni Bonello will be leading the inauguration this Friday 3 September at 7.30pm, on the exact 130th anniversary of his father’s birth.

The exhibition can be visited till the 28th of September during the normal museum opening hours of 9.00am to 5.00pm, seven days a week. Entry is free of charge.