Brexit Talks: The State of Play Public Talk at Il-Ħaġar 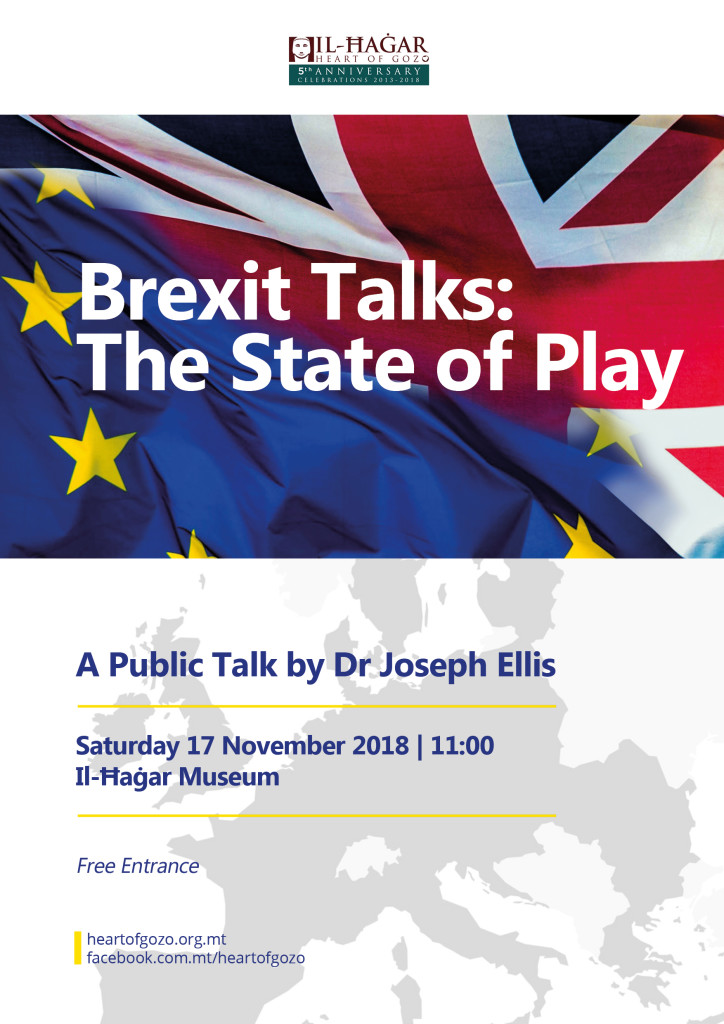 The United Kingdom has decided to leave the European Union and has triggered Article 50 of the Lisbon Treaty on 29 March 2017. Within two years, the U.K. must negotiate the terms of the exit treaty from the EU and lay the groundwork for its future relationship with its major trading partner.

It has been described as the most complex operation in post-war Britain, a case of undoing an omelette and getting back the eggs and the cheese. It has also been said that 90% of the Brexit Treaty is agreed. Yet, a final deal is proving elusive, the main obstacles being the land border with the Irish Republic and the new customs arrangement. To complicate matters, Prime Minister Theresa May does not have a solid parliamentary majority, depends on the votes of the Irish Unionists for her survival and is hostage to a sizeable minority of hard Brexiteers.

Less than six months to exit, it is not clear whether a deal will be reached, the precise contours of such a deal, whether the UK Parliament will approve the deal and whether a second popular vote will be granted to approve the deal with Brussels. Time is indeed running out and the prospects of a no-deal Brexit are increasing.

At the public talk he is giving on Saturday 17 November at Il-Ħaġar Museum, Dr Joseph Ellis will try to explain the various forces at play, the deal that the UK may aspire to reach, what the EU members will be prepared to concede and the future prospects of UK-EU relationship. But perhaps a deal would have been reached by then. We will have to wait and see.

The talk starts at 11:00 and entrance is, as always, free of charge. Places are limited and they will be allocated on a first come first served basis. Seat reservations can be made by sending an email to events@heartofgozo.org.mt