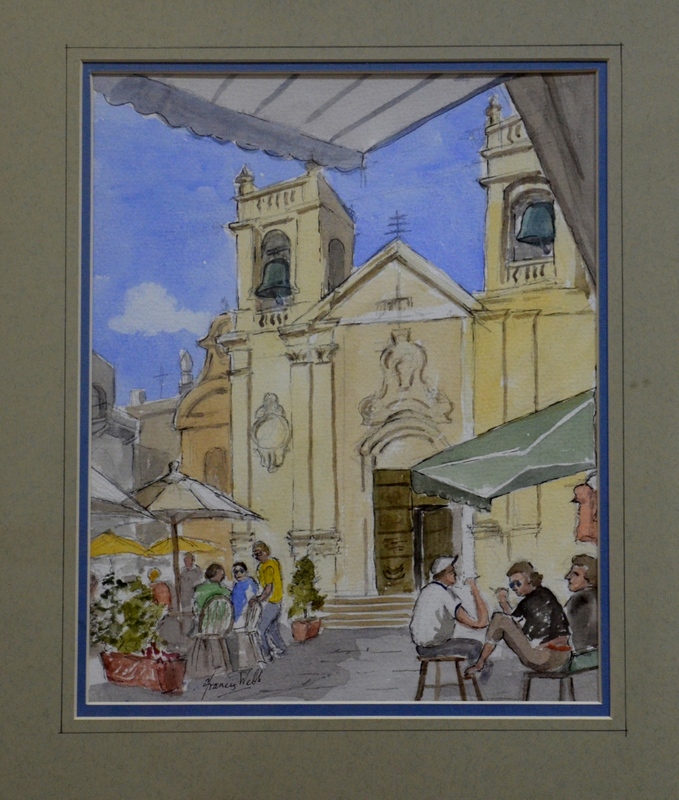 A temporary exhibition of Gozitan watercolours by UK artist Francis Webb in on at the Heart of Gozo | Il-Ħaġar Museum is offering.

In his presentation of the thirteen charming watercolours, Dr Paul G. Pisani spoke of them as an artistic continuation of 18th century Jean-Pierre Houël’s engravings of the Maltese islands. He praised Mr Webb for his artistic flair and for his contribution to the artistic interpretations of our island.

Unfortunately Mr Webb could not be present on Friday, 15 November 2013. Several local artists were in attendance in the hope of a personal meeting. The Gozo Cultural Council was represented by Mr Emanuel Grima. Many friends of the museum attended from both islands as well as foreign visitors.

In thanking artist Francis Webb, museum curator Mgr Joseph Farrugia said that he would be organizing an informal gathering of artists at Il-Ħaġar when Mr Webb would be next in Gozo.

Francis Webb and his wife Valerie are frequent visitors to the island and they are long standing friends of Father Farrugia. The watercolours are a donation by Mr Webb in support of the Museum.