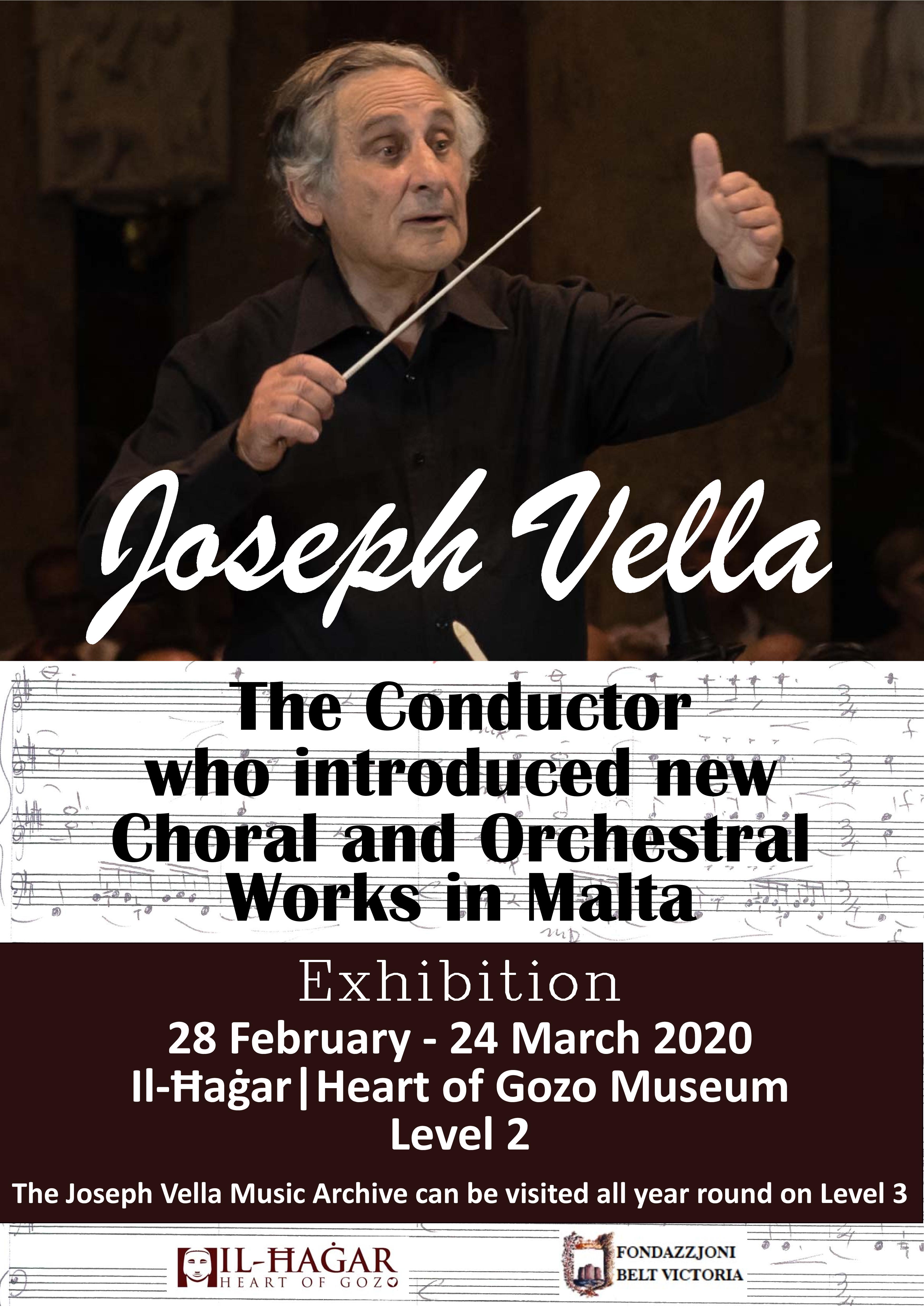 As part of the events celebrating Il-Ħaġar Museum’s seventh anniversary and Mro Joseph Vella’s life and legacy on the second anniversary of his demise, a documentary exhibition in the Level 2 Audiovisual Room at the Museum can be visited till 24 March.

As is well known, Professor Vella had donated his manuscripts to Il-Ħaġar Museum on 24 February 2018, less than twenty-four hours before his sudden demise.  The Joseph Vella Music Archive is situated on Level 3 and is accessible to the public all year round.

There is no entrance fee during the normal 9.00am to 5.00pm opening hours, seven days a week