Lecture by Mark Sagona at the Museum 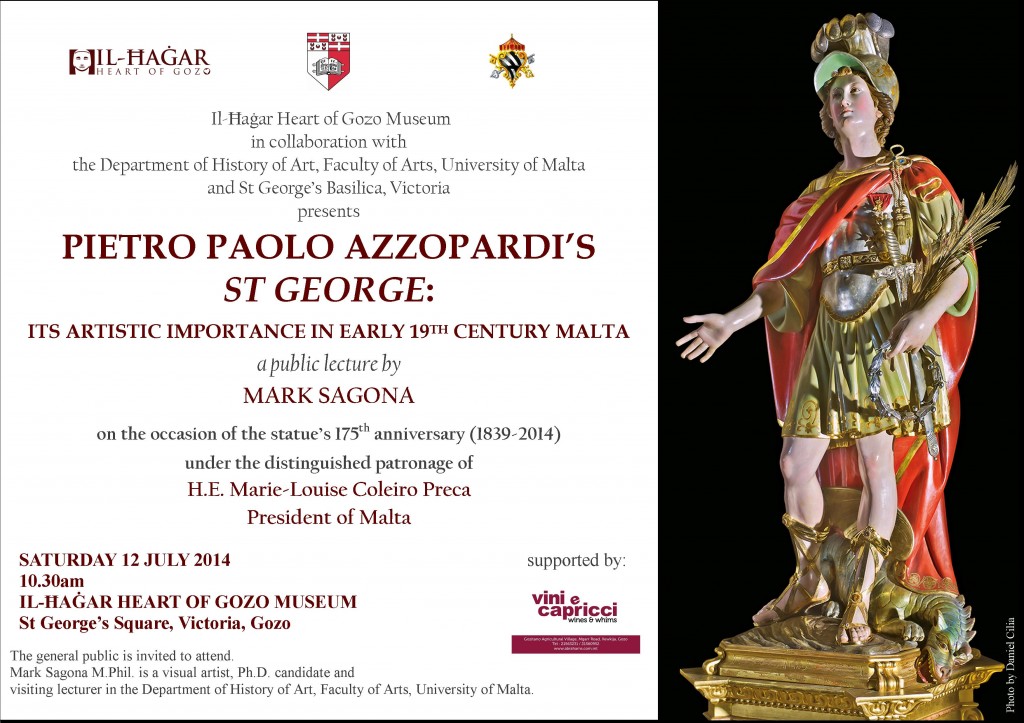 The wooden, polychromised processional statue of St George, in the parish church of the same name in Victoria, produced in 1839 by one of Malta’s more remarkable 19th century sculptors: Pietro Paolo Azzopardi (1791-1875), is not only one of Gozo’s most important artistic treasures, but one of the more remarkable sculptural essays by a local sculptor in 19th century Malta. The lecture will discuss the work within its artistic context, epitomising the aesthetic change which occurred in Malta in the early 19th century. It will analyse the ways in which it singularly reflects the currents of Neo-Classicism and Purism, thus making it a milestone in the development of 19th century sculpture in Malta. It will consider the St George vis-à-vis Pietro Paolo Azzopardi’s other works and also the production of other contemporary artists.

The event is supported by Vini e Capricci.