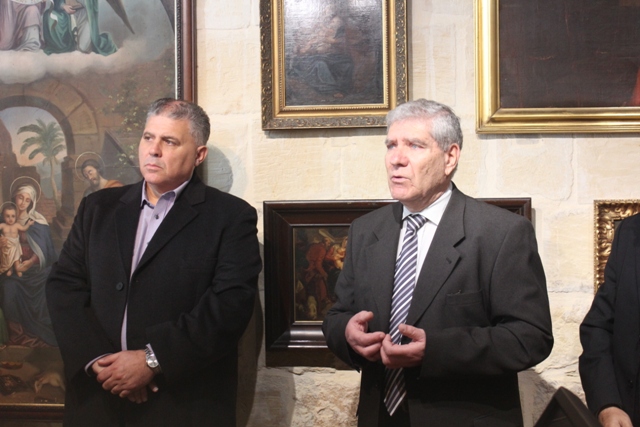 The Hon. Dr. Anton Refalo, Minister for Gozo,  this morning inaugurated an exhibition of oil paintings on the Nativity mostly from 18th to 19th century masters and naïve artists, which come from the private collection of Mro. Prof. Joseph Vella.

Mostly oil on canvas, the exhibition features also a minute water colour, an oil on marble and an oil on tin as well as 17th century icon from Imperial Russia. The paintings are being displayed in the two audio-visual halls which have recently been fixed with a new lighting system with the view of holding other temporary exhibitions in them.

The Museum extends an invitation to the public to view the exhibition.  It will remain open through December 2013 and January 2014, during which time the museum halls displaying the paintings will be open to visitors free of charge.