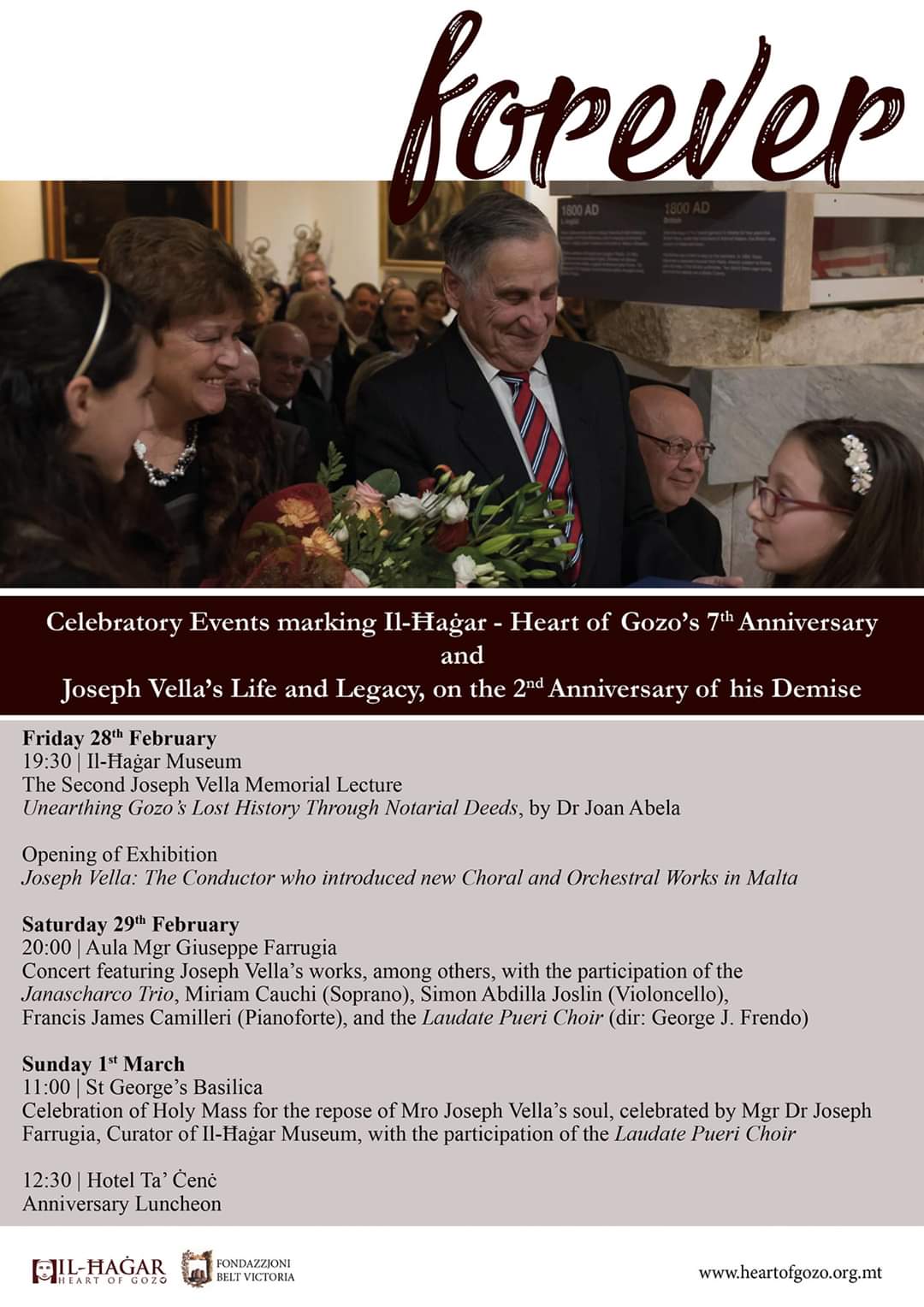 Fondazzjoni Belt Victoria is delighted to announce the full programme of events on the occasion of the seventh anniversary of the official inauguration of Il-Ħaġar Museum, as well as the second year from Professor Joseph Vella’s demise.Friday 28 February will see the Second Joseph Vella Memorial Lecture,Unearthing Gozo’s Lost History through Notarial Deeds, by Dr Joan Abela.  The Lecture starts at 7.30pm andwill be followed by the opening of a temporary exhibition Joseph Vella: The Conductor who introduced new Choral  and Orchestral Works in Malta. As is well known, Professor Vella donated his manuscripts to Il-Ħaġar Museum less than twenty four hours before his sudden death.Saturday 29 February offers an 8.00pm concert featuring Vella’s works (and others) at the Aula Mons Farrugia (just a few metres from Il-Ħaġar) with an impressive list of performers: Janascharco Trio,  Soprano Miriam Cauchi,  Simon Abdilla Joslin (Violincello),  Francis James Camilleri (Pianoforte), and the Laudate Pueri Choir.  A high mass for the repose of Mro Vella and the benefactors of Il-Ħaġar Museum will be celebrated by Curator and Founder Mgr Dr Joseph Farrugia on Sunday 1 March at 11.00am at St George’s Basilica, with the participation of the Laudate Pueri Choir.A celebratory anniversary buffet luncheon follows at 12.30pm at Hotel Ta’ Ċenċ, for which booking at events@heartofgozo.org.mt is necessary.Though entrance is free of charge for both the Lecture and the Concert, seat reservations at events@heartofgozo.org.mt are recommended.