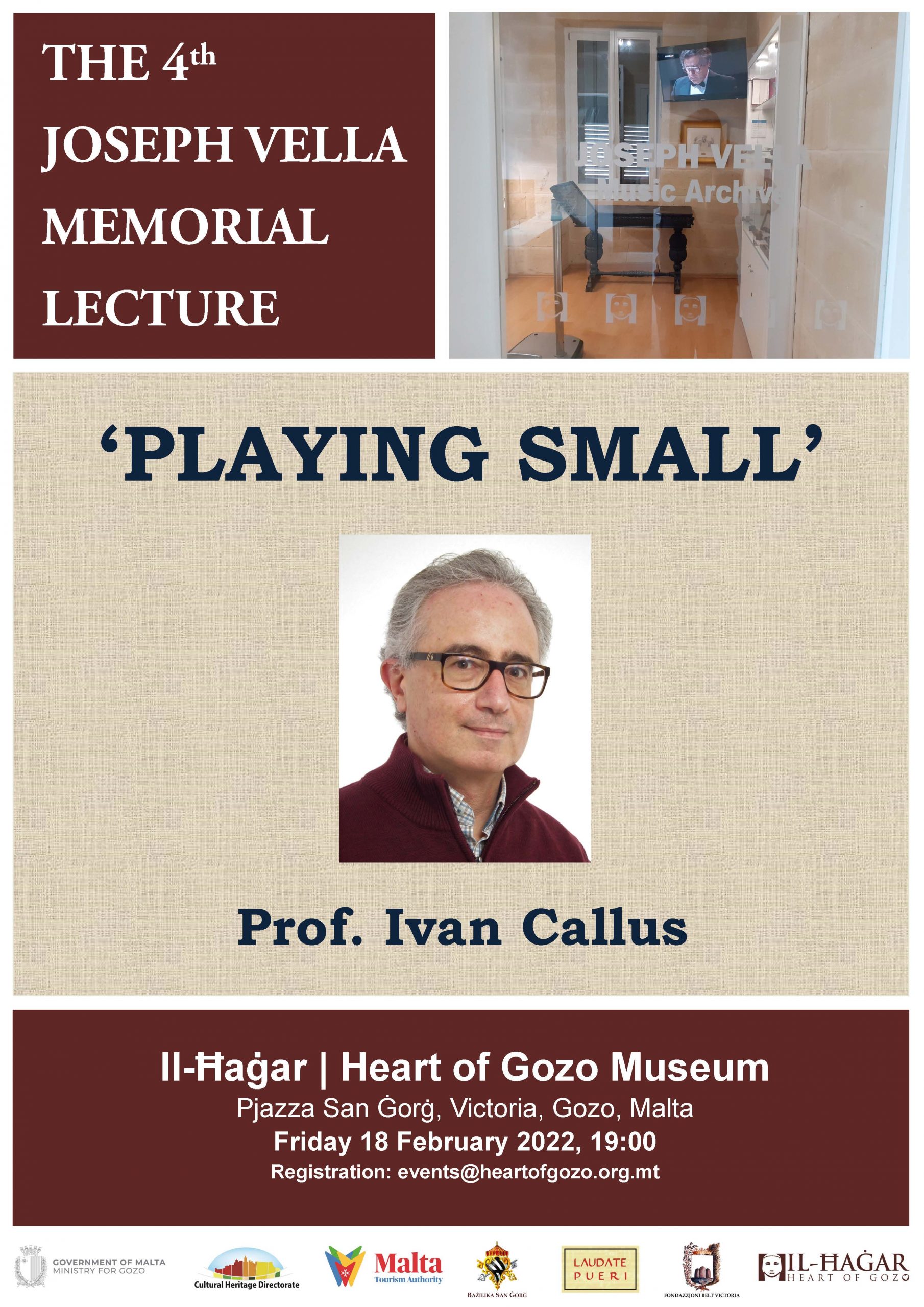 “Għax aħna żghar.” [“We’re only small.”]. In ‘culture’ as in other areas, smallness can be a limitation, excusing scaled-back expectation and achievement. It can also be an opportunity, turned to advantage. Taking its cue from the ambiguities in the phrase ‘playing small’, this talk reflects on some of the challenges facing cultural contexts that are perceived, rightly or wrongly, as ‘small’. It looks at redefinitions of that challenge in literature and through real-life examples (including that of Mro Joseph Vella’s life and work), in order to reflect more broadly on cultural policy in ‘small’ spaces.

Next week’s Anniversary Events start with the highly anticipated 4th Joseph Vella Memorial Lecture, which will be delivered by Professor Ivan Callus of the University of Malta’s Department of English. Seat reservations can be made by sending an email to events@heartofgozo.org.mt.

Ivan Callus is Professor of English at the University of Malta, where he teaches courses in contemporary literature and literary criticism. He has published widely in the areas of contemporary fiction and poetics, comparative literature, literary theory and posthumanism. He is the Co-Editor, with James Corby, of CounterText: A Journal for the Study of the Post-Literary, launched with Edinburgh University Press in 2015. Among his most recent publications are The Springer Handbook of Critical Posthumanism, a co-edited volume forthcoming later this year, and book chapters on contemporary elegy, on tone, on Holocaust memoir, and on the genre of the newspaper column. Part of his current research is about so-called small literatures.