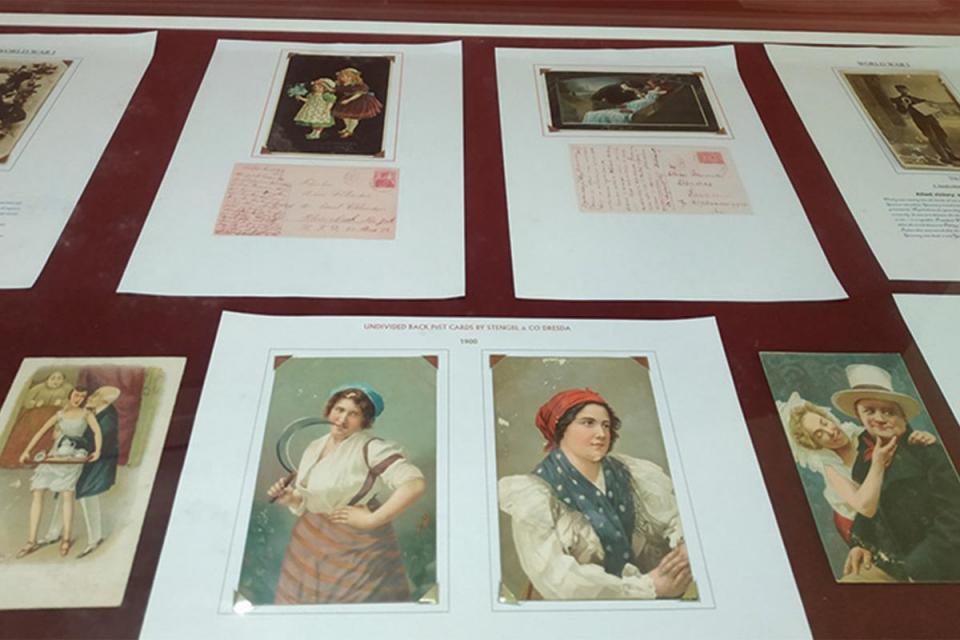 Over January and Febuary, an exhibition of vintage lovers’ cards by the Gozo Philatelic Society was on display in our philatelic showcase.

The exhibits are mostly from the World War I period featuring mostly servicemen. The cards are mainly hand-coloured with a few having gilding decorations. Examples include one card chronographed in Berlin by Raphael Tuck and others produced by Dresden’s Stengel and Platine Noyer in Paris.

Being 100 years old, the cards are of special significance to people who research social aspects.