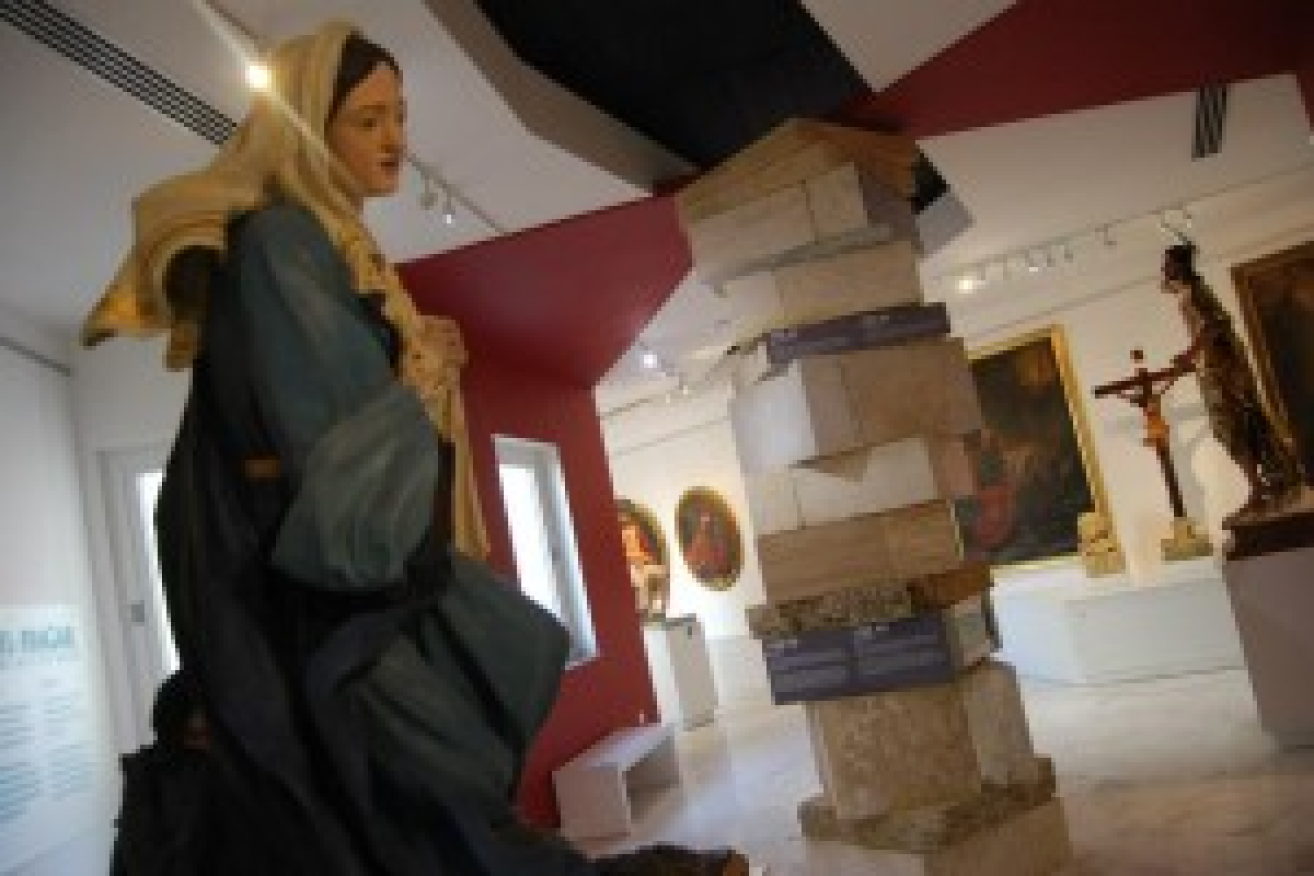 A successful museum exhibit tells a story. Il-Ħaġar – Heart of Gozo, connects to viewers through the exhibited objects and their ancillary information by means of exhibit props that include label information and various types of multimedia.

In the preparatory stage of the museum, with the help of funds attained through ERDF co-funding, several intended exhibits were restored with the aim of providing a unique experience and appreciation of these works of art. The art restoration and conservation firm PrevArti of Mosta was responsible for the restoration of three paintings. These are the seventeenth century painting St Cajetan by an unknown artist, together with two eighteenth century works, namely the Holy Trinity by Enrico Regnaudand The Virgin of Light by Gio Nicola Buhagiar.

The restoration procedure necessitated several remedial interventions that included cleaning of the pictorial film from accumulated dirt, removal of over painting and later varnishes, infilling of missing parts, and finally the consolidation of the canvas by means of relining. Moreover, the three paintings were fixed onto new modern expandable stretchers that would help to correct any sagging of the canvas due to fluctuating climatic conditions over time.

Three sculptures were also restored with the help of the same funds. The works selected were the statues of the Risen Christ by an unknown artist, the Veronica attributed to Saverio Laferla, and Ecce Homo by Carlo Darmanin. The winning bidder in this instance was the restoration firm ReCoop. Unfortunately, the three sculptures were in a very bad state prior to their restoration. After their thorough examination and following several discussions between the restorers and the Fondazzjoni Belt Victoria, these works were finally repaired and recovered according to the exacting modern ethics of restoration.

All these restored works, which are part of the raison d’être of the museum, are now in pristine condition and on display. It is hoped that added funds will become available through generous donations so that more works of art that form part of the museum’s collection will be restored in the near future.